A new year is a good time to reﬂect on the past and to consider aspirations for the road ahead. In this ﬁrst 2020 edition of the Flow Informer, we invite you on the 40-year LSPI journey that began with the introduction of the ﬁrst commercially produced drag reducer for pipelines and has evolved into sustained market leadership and customer success. Today, as we continue to expand and improve our business, the drive for excellence, innovation,reliability and customer value generation that make up the LSPI story remain at the center of everything that we do. 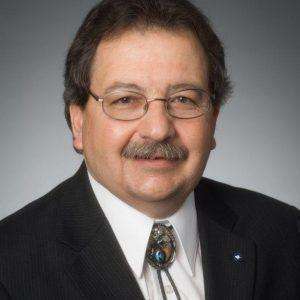 One of the longest tenured LSPI employees is Senior Principal Engineer, Ray Johnston from our Research & Development group in Ponca City, Oklahoma. Ray began his career with LSPI (then part of Conoco, Inc.) as a Research Engineer in 1980.Ray had just graduated with his master’s degree in Chemical Engineering from Oklahoma State University when he joinedConoco in the new R&D center in Ponca City. At that time, his manager asked him if he’d prefer to work on a reﬁnery optimization project or work with ﬂow improvers and ﬁgure out how drag reducers worked. Lucky for us, Ray opted for the drag reducer assignment and today he is able to share his experience with us!

Ray, would you tell us about your ﬁrst assignment with LSPI?

When I joined Conoco in 1980, we had recently introduced CDR 101, the ﬁrst commercially produced drag reducer for pipelines. The product was an instant commercial success and our main customer wanted us to aggressively ramp up production. My job was to ﬁgure out how drag reducers worked so we could improve ﬁeld performance and broaden its use. One area of emphasis of this early work was investigating the relationship between product dosage and % drag-reduction. To do this, I set up a ﬂow loop in the PoncaCity laboratories.

This research developed the classic dose-response curve that forms the basis of characterizing DRA performance to this date. I also developed a lot of application-related know-how that helped customers get the best possible performance. We soon discovered that customers needed help to implement DRA in the ﬁeld, so another important part of my job was to go to customer sites to help get them started with set-up advice and injection equipment.

The ﬁrst DRA was referred to as a gel. The active ingredient was a long chain, high molecular weight polymer. It was produced in solution in a hydrocarbon solvent. Because of the strong elastic properties of the DRA polymer, the gel aggressively stuck to itself. It was almost impossible to pour out half a glass of gel – it was like a liquid rubber band which stuck to everything! Sampling material required scissors to actually cut the gel apart.

What were some of the early challenges working with gel DRA in the ﬁeld?

We learned the importance of getting the injection equipment and rates just right. Gel-type DRA worked best when injected into the pipeline in a long continuous stable “strand”. This strand was a string of DRA that elongated downstream in the pipeline and remained connected to the injection port. The polymer would best dissolve into the crude from the surface of the strand. Speciﬁc nozzle designs and oriﬁce sizes were selected to lengthen the strand and optimize DRA dissolution in the crude.

How did you ﬁgure this out? Was it mostly trial and error?

There was a lot of brainstorming and theorizing about what was happening as we injected the product into the pipeline. But the key event was that we added a clear glass section of pipe in our ﬂow loop so we could actually see what was happening in the ﬂuid stream.
We learned that strand stability was also dependent on injection velocity. If you pumped the gel into the crude too quickly or too slowly the strand would break away and curl up into a ball that would not readily dissolve in the crude. This dramatically reduced performance.

What would you do if needed to increase injection rates beyond the stable strand level?

We determined that you needed to add additional injection ports in the pipeline wall. Some of the early applications in Alaska had 8 injection ports in a ring around the pipe or along a line within about 5 feet of each other, in order to get enough DRA dosage and not compromise strand stability.

Who were the ﬁrst customers?

Our ﬁrst customer was an 800-mile pipeline that transported crude oil from the North Slope of Alaska to the southern port at Valdez. Production from Alaska was of critical importance in the late 70’s. There was a ﬁre at one of the pump stations that dropped pipeline throughput. One of the customer engineers recalled seeing a technical paper from Conoco about drag reducer so he contacted Conoco to arrange for a ﬁeld trial. The ﬁeld trial was a success and they immediately wanted us to ramp up production. I joined the business at about that time.

Soon after, Conoco began to deploy CDR on several of their own pipelines. I recall we supplied an export line from the Murchison offshore ﬁeld in the North Sea, and crude pipelines from Wichita Falls to Ponca City and from Cut Bank to Billings, Montana. The second large project was with a customer in Australia. They operated a 500mbpd offshore export line in the Bass Straight that became constrained when Australia decided to export oil. I went to Australia to supervise the initial demonstration and start-up of CDR between Thanksgiving and Christmas of 1982. CDR became so critical to them that we sent their ﬁrst shipment of product from the U.S. to Australia by air, in transport jets.

Looking back over the years, what were the major breakthroughs that stand out in your mind?

The development of suspension DRA in the mid-1990s was a huge step for our industry. When we developed suspension, Conoco was part of DuPont and that relationship added to our understanding of polymer science and reaction chemistry. We ﬁgured out how to effectively polymerize DRA polymer, and then suspend it in a liquid. We were able to achieve much higher concentrations of active ingredient than possible with gel. Our LiquidPower Flow Improver, LP™100, was the result of this effort, and it changed the DRA industry. From our perspective, gel became pretty much obsolete soon after LP™100 was introduced.

LP™100 was developed for crude oil and did not address reﬁned products pipelines. With the restrictions on what materials can go into reﬁned products and the considerations for fuel handling, it made the options for development of a reﬁned products suspension DRA much more difﬁcult and limited. We had to go through several learnings and through three iterations of ReﬁnedPower product formulations to eventually land on RP™II Flow Improver as our mainstay reﬁned products DRA. RP™II has been in use for nearly 20 years now. Another breakthrough was our development of ExtremePower Flow Improver, which works effectively in true heavy crude oil. Early studies had shown that traditional DRA polymers did not work in a true heavy crude oil.

We formed a “Heavy Oil Team” about 15 years ago to aggressively work on this problem, as we anticipated a substantial increase of global heavy crude oil movements. The result of the collaboration between all our research chemists and engineers was a new polymer and process. The polymer actually loves heavy crude oil and can generate very high levels of performance in what we would consider tough hydraulic conditions.

Were there similar challenges getting LP™100 into the ﬁeld?

Suspension DRA was generally easier to handle than gel in the ﬁeld. It was far less sensitive to pipeline injection conditions. It also didn’t require a pressurized tank for product storage, but it was sensitive in other ways to product storage and handling conditions. We spent a lot of time and effort in designing and optimizing our skids to create the best environment for storing our suspension DRAs.

Today LSPI is recognized as the supplier of turn-key DRA solutions, including installation and service.

Has it always been that way?

It was evident from the very beginning that everything needed to work together – reliable supply, injection and performance. The product- equipment interaction has always been critical, but the logistics piece was also key.

We have been continuously focused on ensuring that our supply chain is reliable and strong. If the product isn’t there, the customer isn’t making money. LSPI provides a unique service model that remains unequaled in scope, offering the highest level of product reliability and performance, exceptional service and added long-term value for our customers.

“With LSPI’s 40th anniversary celebration, I reﬂect back on what I have witnessed the business achieve. We introduced drag reduction to the pipeline industry, have continuously innovated and offer the most robust portfolio of patented technology. We have expanded our capabilities and infrastructure to better serve expanding market demand.” said Michael W. Brown, Chief Executive Ofﬁcer.

“We have gracefully navigated changes incorporate ownership and stand stronger today as a
result. Our identity has evolved, and while LSPI is a mature business, we are more agile than ever. I am proud that LSPI serves as a market leader, technology innovator,industry educator, premier employer and good neighbor.”

“I have spent the majority of my career in this business and I am excited to have celebrated our 40th anniversary.” said Dr. Yung Lee, Director of Engineering and Technical Services.

“LSPI revolutionized the industry in 1979 with the introduction of pipeline drag reducers. We have spent four decades building upon our proven technology and offer the strongest portfolio of patented ﬂow improvers with demonstrated performance.” 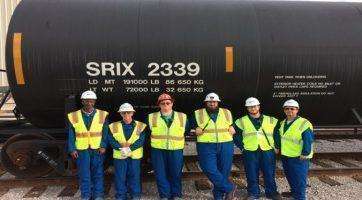 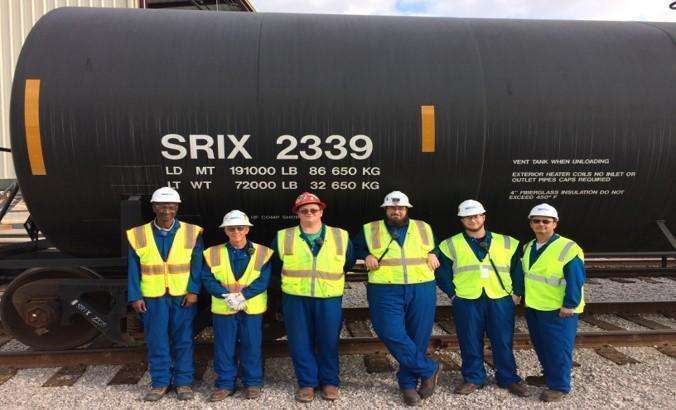 LSPI has been working to expand its strategic logistics infrastructure and we are proud to announce the successful completion of our rail expansion project at the Bryan manufacturing facility. With this project, our ability to… 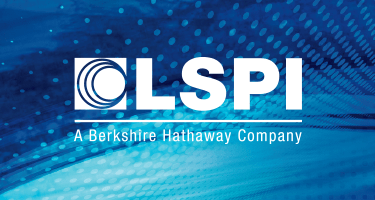 LSPI strives to stay at the forefront of the industry by participating in key events throughout the year. Check out the latest events that LSPI has participated in and be sure to visit our company… 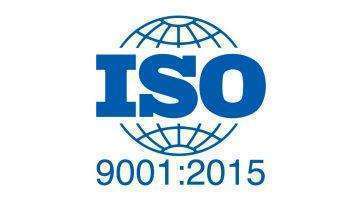 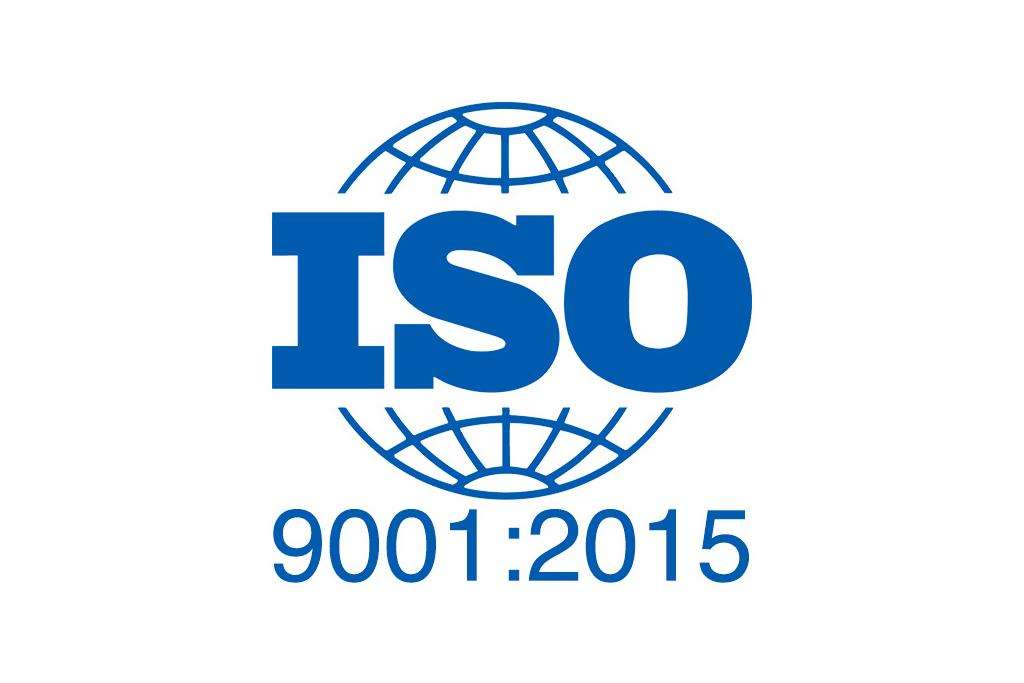 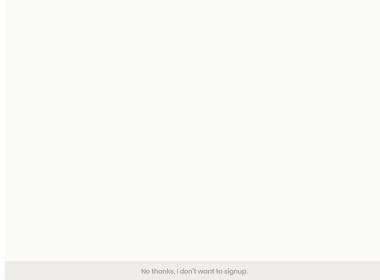 No thanks, I don’t want to signup.